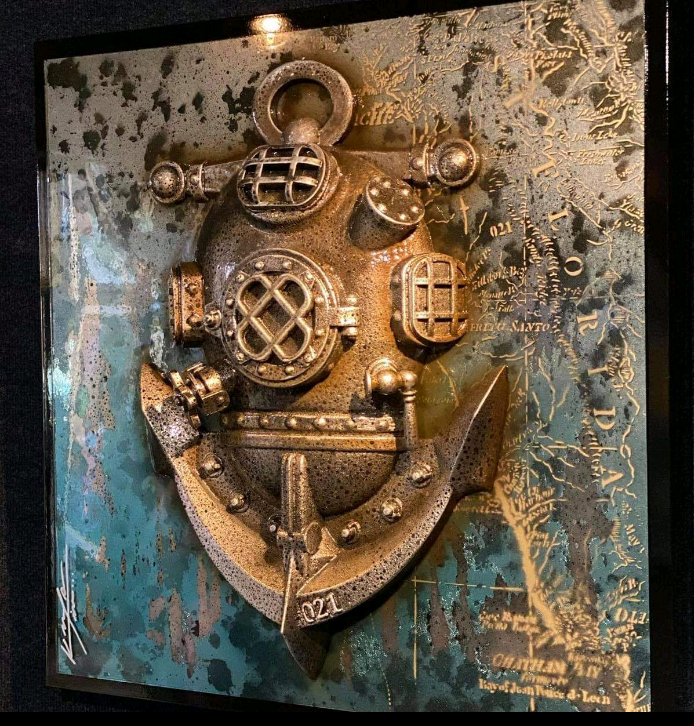 From the suburbs of Rio de Janeiro in Brazil, Krystiano DaCosta emerged a unique artist with an urgency to learn and create. His Italian heritage and strong desire to explore new horizons drove him to move to Italy in his early 20’s in order to refine his artistic skills.
Krystiano has become a revolutionary pioneer in Central Florida through inventions of his own interpretation of Industrial Impressionism — developing pieces of art where he combines natural elements with traditionally European textures.
His creations are of iridescent abalone shells from Paris and crushed sea shells from all over the world. Earth pigmentation and organic color flow of recycle plastics and composite materials, a bioluminescence is optional. Concerning our environment I’m always adding shredded water bottles in every piece that are sun baked for days on high quality aluminum, galvanized steel and metals as it’s canvas.
Later, Krystiano moved to the United States where he became a Walt Disney World scenic artist. Fortunate to work alongside many talented artists from around the world, he learned an impressive skill set of techniques which has aided him in developing his own style. 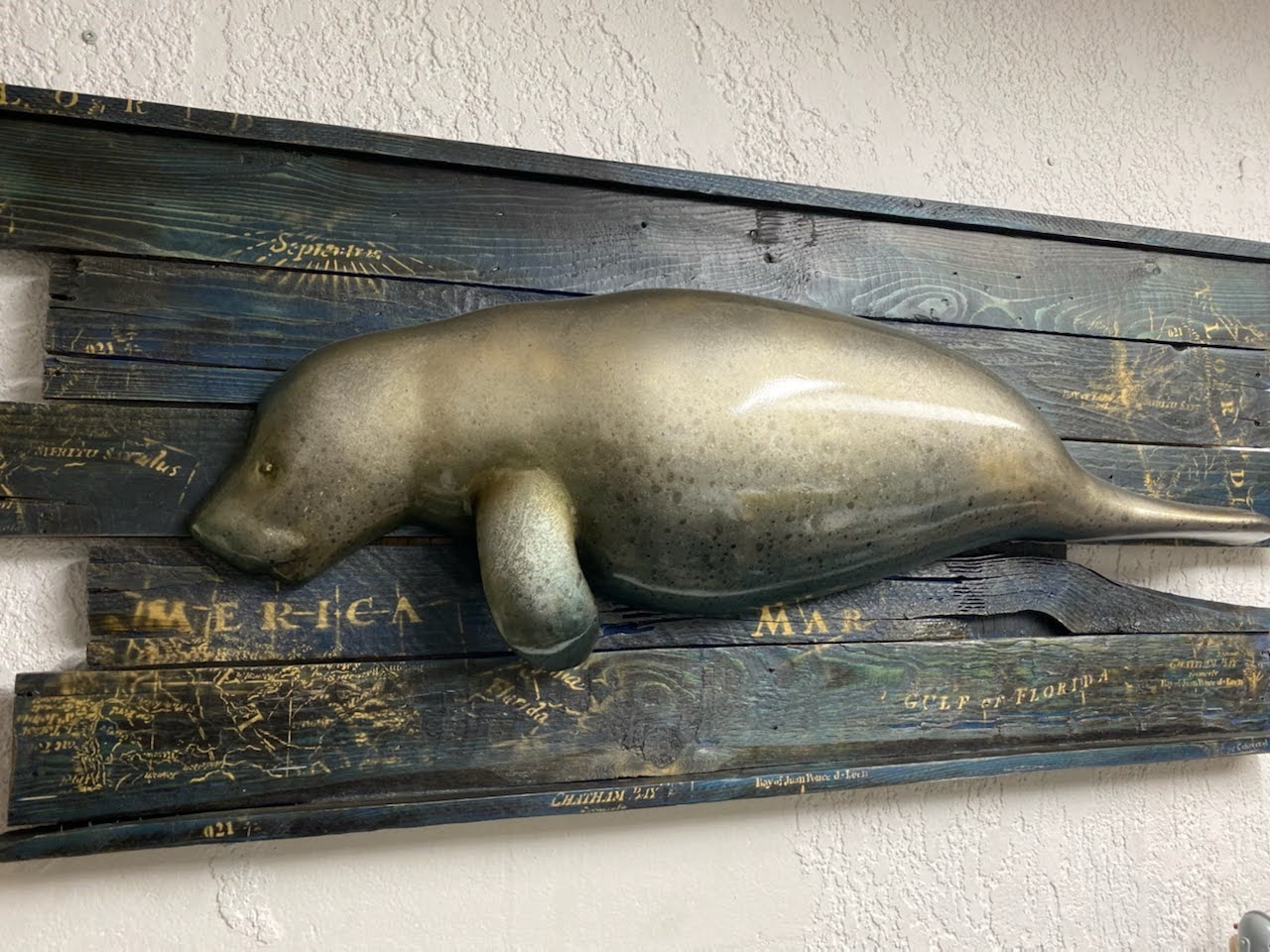 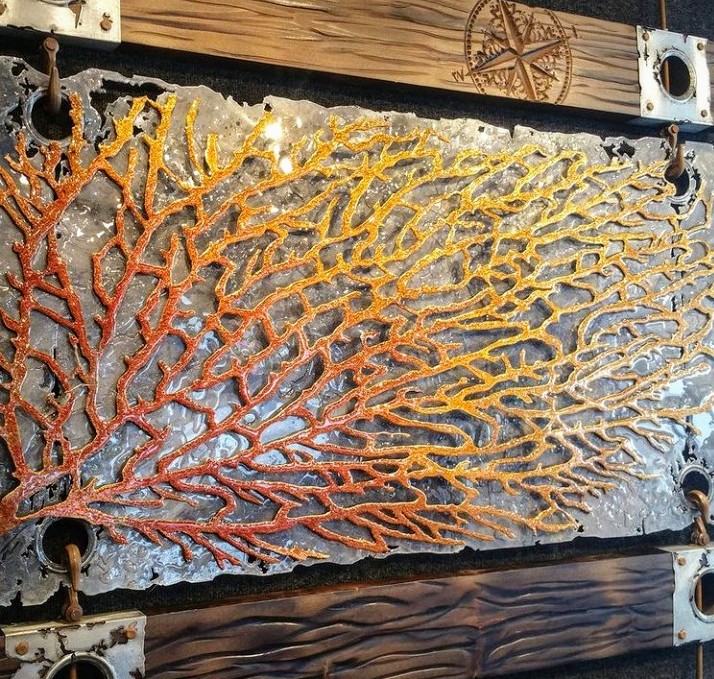 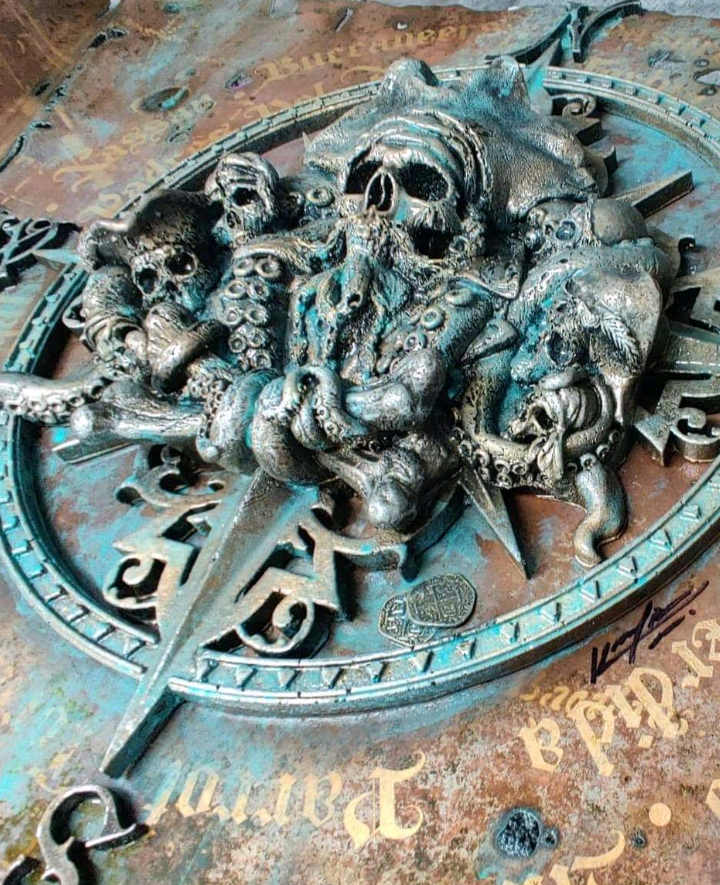 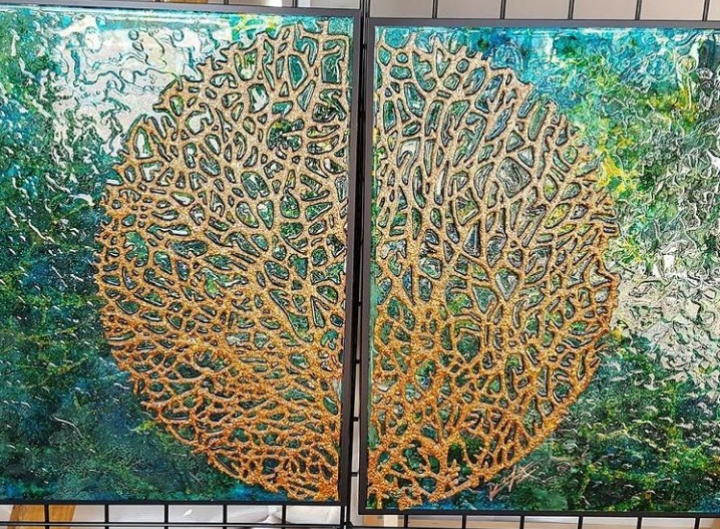 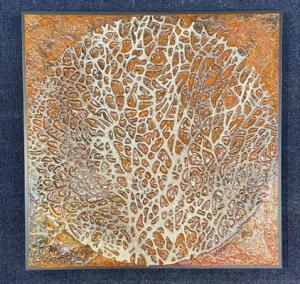 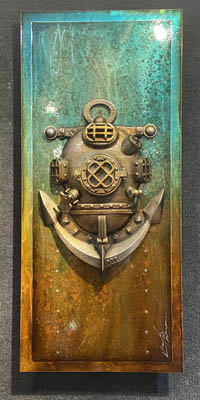 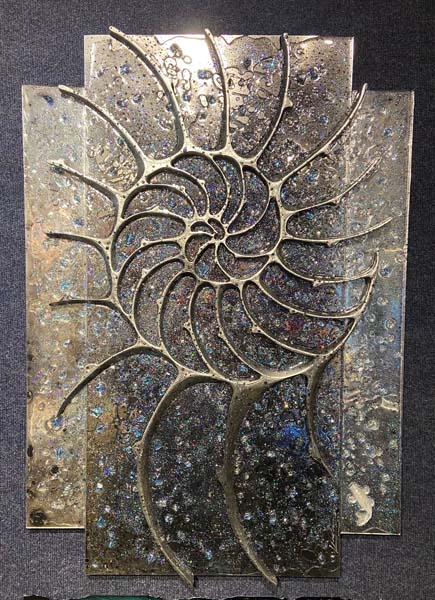